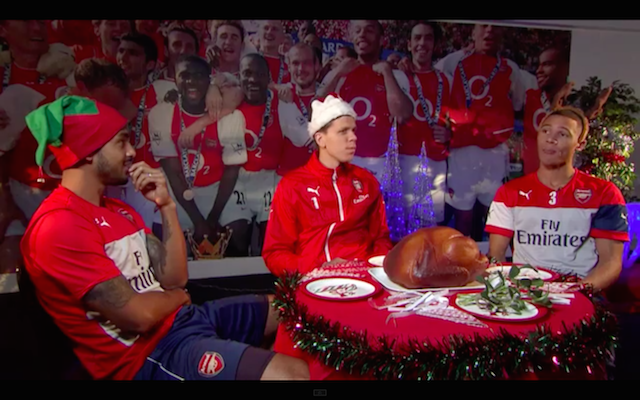 Arsenal release festive video with stars revealing such gems as ‘What song they would sing on X Factor’. Thrilling.

Arsenal stars Wojciech Szczesny, Kieran Gibbs and Theo Walcott star in a humorous video where they pose festive questions to each other on a range of different subjects.

You get the usual “banter” before Walcott asks: “When we have our 30 year reunion, who in the squad will be in the best shape.” Adding; “Not Santi [Cazaorla].”

And Gibbs adds: “When Santi retires he’s going to be on a beach with a big fat cigar, 12 women around him fanning him, massaging him. He’s going to be like Al Pacino.”

What a lovely thought. Watch the rest of the video below.