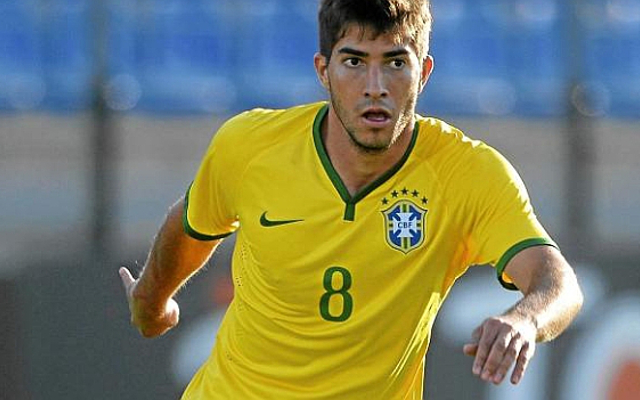 Near return of Luka Modric from injury is weakening the Spanish side’s desire for the Brazilian.

Arsenal have received yet another boost in the chase for Cruzeiro defensive midfielder Lucas Silva as Real Madrid are reluctant to meet his asking price with the news Luka Modric may be back from injury in February.

The Gunners have been given the green light to get Silva, with Marca reporting they have informed Cruzeiro that they would be willing to pay the all important €15 million price the Brazilian club have been asking for.

His current club are reluctant to budge on the price for the midfielder, but Madrid are now even more reluctant to match it with the possibly imminent return of Modric.

Following a long term injury to the Croat in November, paired with the inevitable sale of Sami Khedira, Los Blancos wanted to sign Silva as soon as the January window opened to ease their lack of midfield cover.

However, with Modric said to be back in training in February, the Spanish giants are reluctant to part with more cash than they think they should as the 21-year-old is now not a priority signing.

It’s a strange game of risk from Los Merengues as even if they don’t up their current bid of €12 million, Arsenal could pinch the midfielder in January.

However, even if the Gunners don’t come in with the higher offer, Cruzeiro’s attempts to tie Silva down to a new deal with a bigger release clause could mean the European Champions are required to pay an even greater amount if they return for Silva in the summer.

With the Brazilian season now over, Silva’s move could be a quick one when the January window opens and the situation is sure to become clearer when we hit the new year.