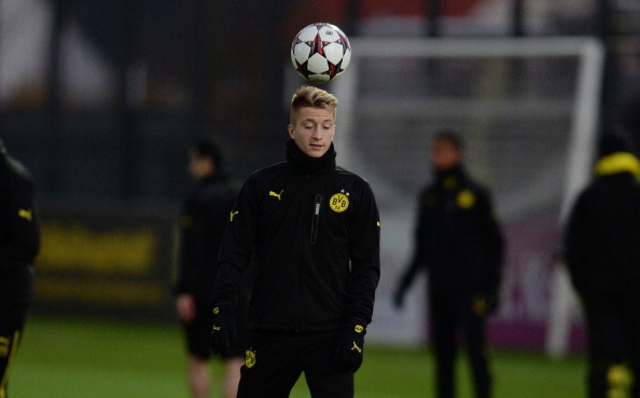 Real Madrid out of running for Dortmund star?

Real Madrid president Florentino Perez has revealed that his club are not chasing the signing of Borussia Dortmund forward Marco Reus, according to AS.

The Spanish giants had recently been linked as strong contenders to snap up the in-demand German international, who has also attracted major interest from a number of Premier League clubs.

It may well be now that England will be Reus’ next destination as Madrid look to have pulled out of the deal, with Perez insisting he is not pursuing the 25-year-old at the moment.

Reus is expected to leave Dortmund next summer and has been strongly linked with the likes of Manchester United and Liverpool in recent times, as well as other Premier League clubs.

It remains to be seen how honest Perez has been on his interest in the player, but for now these quotes look like being good news for English clubs in the race to sign this world class talent.