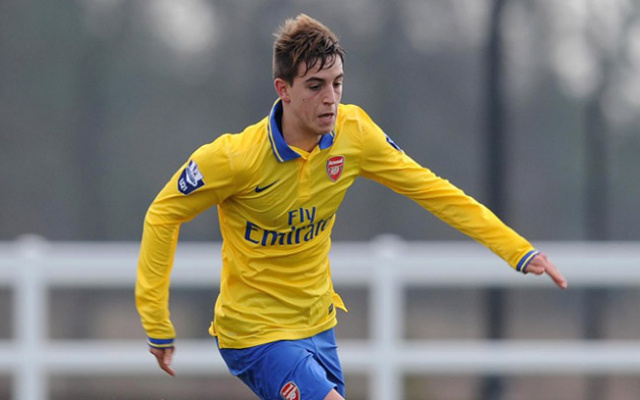 Gunners could have the best midfield in world football, with Mesut Ozil only worth a place on the bench!

Arsenal manager Arsene Wenger has built an impressive career on signing talented young players on the cheap and developing them into global superstars.

Cesc Fabregas joined Arsenal as a teenager for just £500,000 in 2003 and a fresh-faced Robin van Persie cost the Gunners just £2.5m a year later.

Yes, he has also spent big money on rare occasions – £42.5m for Mesut Ozil and £30m on Alexis Sanchez, but that’s not really the Wenger way.

Don’t expect lots of frivolous cash-splashing in January. Minor additions are expected in order to plug the gaps in Arsenal’s defence, but Wenger always has been – and always will be – very considered in the transfer market.

The thing is, Wenger has already signed Arsenal’s next big stars – they just haven’t fully developed yet.

Fans are getting frustrated at their club’s lack of spending, but Arsenal’s future under Wenger is undoubtedly very bright.

To hammer home that point, here is an amazing squad the Gunners could have in five years, without signing a single new player in the meantime: