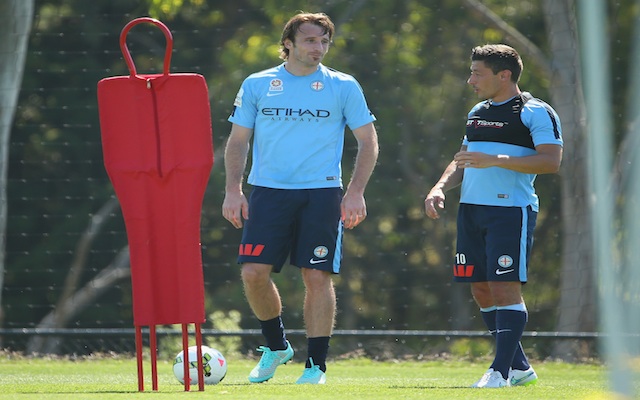 Robert Koren is set to debut in the Melbourne derby on Saturday.

Koren hasn’t featured for City all season after suffering a calf injury in the weeks prior to the side’s A-League opener against Sydney FC.

However the Slovene has regained full fitness and is set to play a role in City’s all-important clash with its crosstown rivals Melbourne Victory.

“If he is going to be playing from the start or coming in, we have to wait and see tomorrow.”

City will be without Damien Duff, who has suffered a calf injury.