Arsenal stars got into the festive spirit when they dropped by the London Royal Free Hospital to deliver presents to sick children.

However, it appears their goodwill may have backfired with one little boy asking for Liverpool players instead.

Alex-Oxlade Chamberlain shared a photo of himself, Theo Walcott and Wojciech Szczesny on Instagram and said: “Best moment of the day was when we surprised one of them and the first thing they said with a straight face was, “I don’t even like Arsenal, can we get some Liverpool players!!” 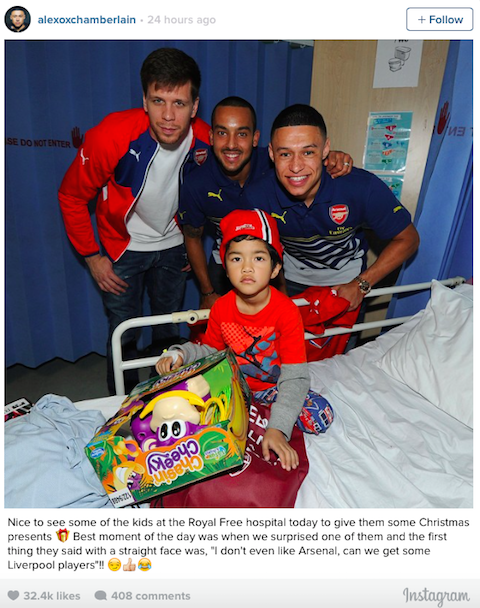 Oxlade Chamberlain is yet to be confirmed as fit yet, however, with Arsene Wenger revealing the midfielder hasn’t trained all week and will have a late fitness test to determine whether he can be involved.