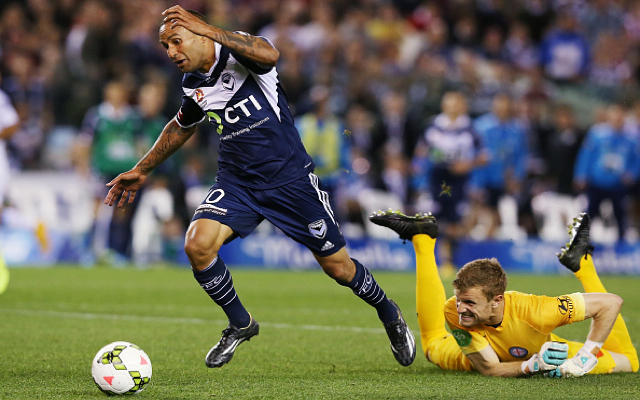 Get all of the latest information and watch every minute of the Melbourne derby live.

The much-anticipated Melbourne derby is upon us, and it’s an important one for both sides.

For City, it presents an opportunity to get its season back on track after what can only be said as a disappointing start to the season.

John van’t Schip’s side have won just two of its opening nine matches, and there’s no doubt the pressure is on the Dutchman.

The Victory on the other hand are yet to taste defeat and will be keen to maintain the pressure on ladder leaders Perth Glory.

Victory boss Kevin Muscat will be without captain Mark Milligan however, who received a three match ban as a result of his stray elbow on Sydney FC midfielder Terry Antonis during last week’s 3-3 draw at Etihad Stadium.

AAMI Park will be packed to the brim and there’s no doubt ground will be rocking.