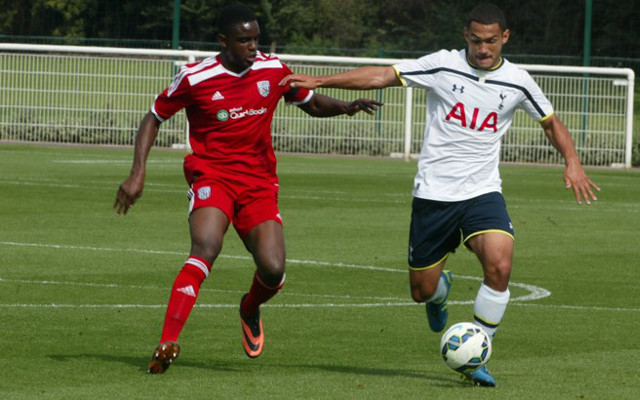 Gunners miss out as American sensation opts for Tottenham.

Sixteen-year-old Tottenham defender Cameron Carter-Vickers has committed his future to Spurs despite interest from Arsenal, according to the Daily Mail.

The talented centre-back has reportedly agreed to put pen to paper on a two-year professional contract at White Hart Lane on his 17th birthday.

Carter-Vickers has earned high praise for a string of fine performances in Tottenham’s youth team.

His impressive displays had caught the attention of North London rivals Arsenal, but he has been convinced to remain with Spurs.

Carter-Vickers was born in Southend, but he has represented the USA at Under-18 level.

He qualifies for the USA through his American father, who is a former basketball player.

Carter-Vickers is 6ft 1in. Although he prefers to operate in the heart of defence, he is comfortable at right-back.

Spurs have a strong reputation for producing talented defenders. Sol Campbell and Ledley King both came through the Tottenham ranks.