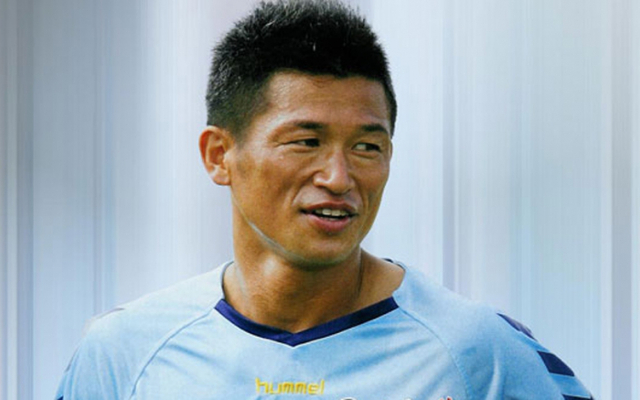 The world’s oldest footballer is extending his record…

The world’s oldest footballer has signed a new contract at his current club.

Former Japan international Kazuyoshi Miura has extended his contract for another season.

Miura, who plays for second division Yokohama FC, has signeded a new deal that will end after his 48th birthday, according to the Guardian.

“King Kazu” is already the world’s oldest active professional player, and he will continue to extend the record with every appearance he makes.

The striker has played in countries all over the world over his mammoth career, including spells in Brazil with Santos and Palmeiras, in Croatia with Dinamo Zagreb, in Italy with Genoa and in several clubs in his homeland.

While playing alongside Dwight Yorke in Sydney in 2005 he extended his career to a fourth continent.

Now he can just hope that his next deal will take him to the MLS, so he can get one continent closer to completing the full set.

Brad Friedel, at a sprightly 43, is the oldest professional footballer in the English league system.

Miura was just 15 years old when he signed his first professional deal at Santos in 1986.