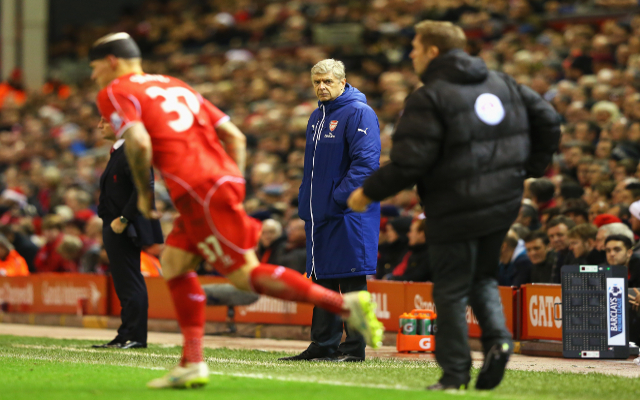 Arsenal boss Arsene Wenger was left ruing dropping two points due to Martin Skrtel’s late heroics but admitted that a draw was a fair result against Liverpool according to Goal.com.

“It was an intense game – we have the regret to concede a goal to a set piece in the last minute but overall it was fair result,” he told Sky Sports.

“My first job is to win the games and if you win and be fair it’s better but the regret dominates tonight when you’re 2-1 up with minutes to go. Overall, objectively, it’s a fair result.”

“We had problems, last year was a bit in our mind. We didn’t play enough and lost too many balls.

“Our flow was not there. The second half was better when we were 2-1 up – they had a few chances and it was a fair result.

“We were not spontaneous enough and played a bit with the handbrake then you lose the balls and put yourself in trouble.

“In the first half Coutinho and Lallana gave us problems when they got in behind but in the second half we rectified it and gave them more problems.”

“Giroud was quite sick overnight but still it took him time to get into the game. In the second half he was much more influential.”