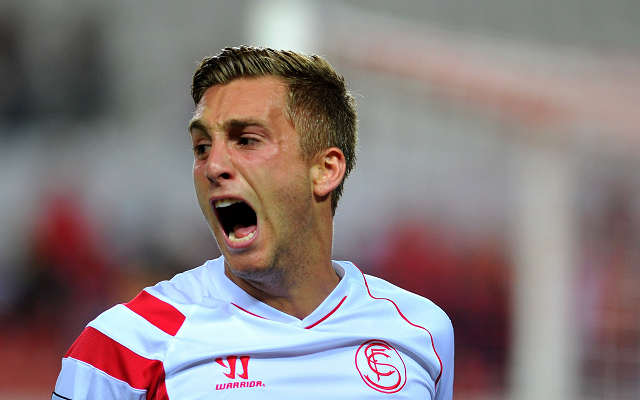 Everton are lining up an £8m bid for Barcelona youngster Gerard Deulofeu according to the Daily Star.

The 20 year old attacking midfielder enjoyed a successful loan spell at Goodison Park last term and returned to the Nou Camp hoping to make an impact in Luis Enrique’s first team set-up but was instead sent out to Sevilla for the 2014/15 season.

Deulofeu is now apparently ready to leave the Catalan side on a permanent basis and Toffees boss Roberto Martinez is keen to make the most of the situation.

A move to Everton could well tempt Deulofeu though a lot could depend on whether the Merseyside outfit can secure qualification for European action next term.

Deulofeu has started just six La Liga fixtures this term and therefore may not consider remaining at the Andalusian side beyond his temporary switch.

One imagines Enrique would be ready to sell the youngster given just how low Deulofeu would be in his current pecking order.