Welsh rugby star Liam Williams has found himself in hot water after “blacking up” when he decided to dress as Swansea City star Wilfried Bony, reports the Mirror.

The Scarlets player dressed up as in form Premier League striker Wilfried Bony, posting a picture on Twitter of he and some of his teammates on the way to a fancy dress party. 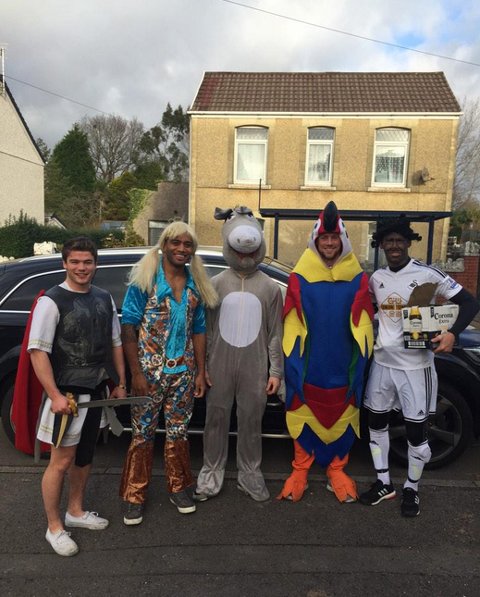 He has now been called upon to apologise for his actions, with the picture being very poorly received on social media. The Wales international has since removed the image, but has refused to apologise for it; defending his actions by saying Bony had no problem with it.

@glitterylou little do you eggs know, I know Wilfred through mutual friend and he is okay with it!

@glitterylou not a racist bone in my body. He’s said its okay so no offence taken.

The 23-year-old appears simply to be ignorant rather than racist, and is unaware of the controversy surrounding the issue.

Williams has been involved in anti-racism campaigns before with the Wales Rugby Team, and with the Show Racism the Red Card campaign in particular.