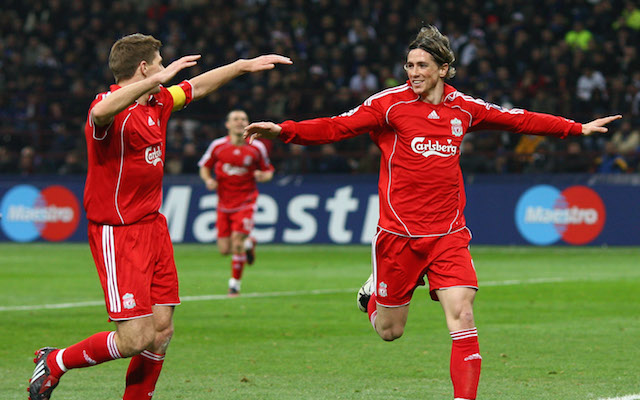 Reds looking into the signing of the Chelsea flop.

The Reds will face competition from Torres’ other former club Atletico Madrid, however, if he is sent back to Stamford Bridge, with Diego Simeone’s men likely to be interested in bringing Torres back to the Vicente Calderon if Chelsea are willing to let him leave without a significant transfer fee.

Torres was once the darling of the Kop during his spell at Liverpool, becoming one of the Premier League’s most feared and proligic goalscorers after joining from Atletico before his £50 million move south to Stamford Bridge, where things never quite worked out for the Spaniard.

With Didier Drogba and Loic Remy doing a sterling job as cover for the prolific Diego Costa, it is unlikely that Mourinho would entertain the idea of having to assimilate the experienced forward back into his squad, meaning that either a loan deal or free transfer could be palatable for the Blues if AC Milan do decide to send him back.