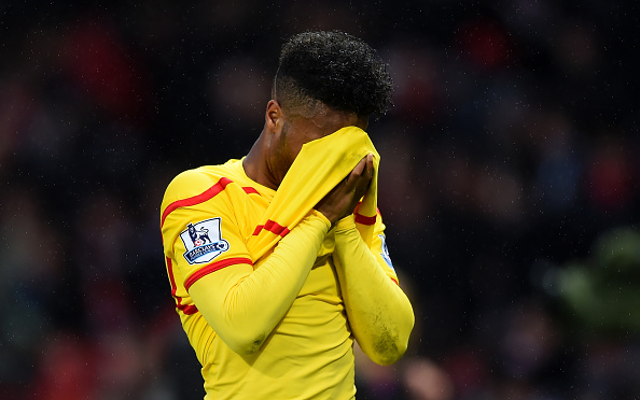 Rodgers keen to be careful with the fitness of winger Raheem Sterling.

Liverpool manager Brendan Rodgers has admitted that he will need to manager the fitness of star player Raheem Sterling over the hectic run of games in the coming weeks, with the Northern Irishman suggesting that precocious teenager Sterling will be rested at points over the festive period to ensure that he does not suffer from any burnout, report the Mail.

Sterling hit the headlines earlier in the season when he missed an England international after suggesting to manager Roy Hodgson that he was feeling tired, and Rodgers believes that, with the number of games that Sterling is playing in his role as one of the club’s star attractions, it is important that he is managed carefully:

“Raheem will have a rest. There will be a period that is already mapped out for him of when he will come out and have that breather and that recovery after Christmas.”

Rodgers also suggested that this period would not be determined by when star striker Daniel Sturridge returns from injury having been missing from action since August, with some onlookers having suggested that, with the club suffering from a poor run of results, it would be hard for Rodgers to leave Sterling out of the team until another attacker capable of providing pace and impetus is fit:

“There is a set period we will look at, it doesn’t have to wait until Daniel Sturridge comes back from injury.”

After hosting Arsenal at Anfield today, Liverpool will play four quickfire games against Burnley, Swansea City, Leicester City and AFC Wimbledon in the FA Cup, whilst their January will also have to extra fixtures after the Reds made it to the semi-final stage of the League Cup.