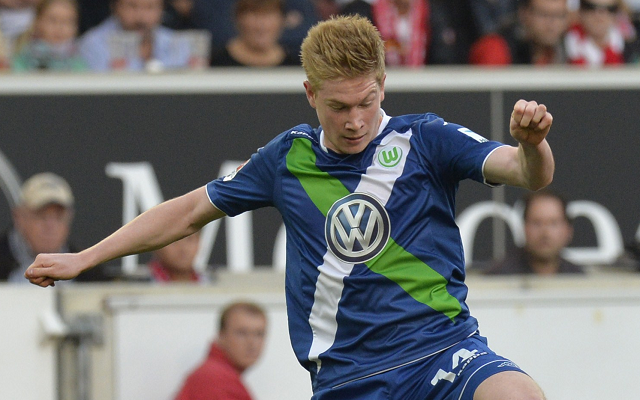 City have their eyes on a move for Vfl Wolfsburg star Kevin de Bruyne who has been in superb form.

Manchester City are ready to hand Vfl Wolfsburg playmaker Kevin de Bruyne a second chance at making it in the Premier League after he was discarded by Chelsea in January, who allowed the Belgian international to move to Wolfsburg for a fee of around £18 million, with de Bruyne having flourished in the Bundesliga ever since and having been key to Wolfsburg’s rise to second place in the table.

Reports from the Mirror have suggested that City manager Manuel Pellegrini has not been put off by the huge price tag that Wolfsburg are likely to demand for de Bruyne, potentially well in excess of £20 million, so impressed has the Chilean been by de Bruyne’s displays since he departed Stamford Bridge.

Signed from Belgian outfit Genk for around £7 million by Chelsea, de Bruyne was only handed a handful of starts under Jose Mourinho once he had completed an initial loan spell back in the Belgian Jupiler League before the club decided to cash in on him in January, pocketing a handsome profit in the process.

That decision is looking more and more like it may have been short sighted, however, with de Bruyne providing a consistent stream of goals and assists for Wolfsburg as they enjoy a fine season in Germany.