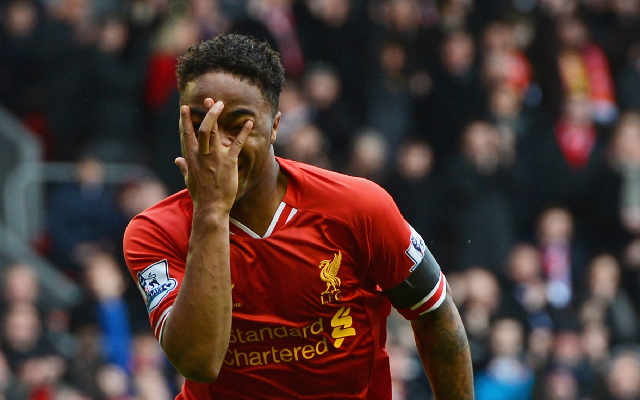 When Raheem Sterling twisted and turned his way through the Bournemouth defence and clinically dispatched the ball into the bottom left hand corner of Artur Boruc’s net, he gave manager Brendan Rodgers plenty to think about.

In just a single game, he had matched the seasonal goal tally of Mario Balotelli and Rickie Lambert, and surpassed that of Fabio Borini and the injury-stricken Daniel Sturridge, albeit against Championship opposition.

Sterling’s pace and movement proved too hot to handle, while he linked up well with the likes of Adam Lallana and Philippe Coutinho in the 3-1 win, which saw the Reds secure a place in the Capital One Cup semi-finals, and ease the pressure on their under-fire boss.

Speaking to Sky Sports after the game, Rodgers was full of praise for Sterling. “He can play across the front line,” said Rodgers, who likened Sterling to Arsenal and Chile forward Alexis Sanchez.

“I played him as a striker, but you get different types of striker. He’s more of an Alexis Sanchez when he plays as a striker – he’s not going to pin the defender. He plays in the spaces and he’s got the speed to get in behind. A couple of great finishes and I’m very pleased for him.

“I think his best position is on the side from the left, coming inside and making runs in behind, but I played him in the position because I think he can play it. As a young player and in the youth team at Liverpool he’s played as a striker and he’s got the qualities to do it.”

Sterling offered everything that Balotelli and Lambert have not. The summer signings have been statuesque at times, stranded up front as the rest of the team drop deep to try and win possession. Sterling is well accustomed to the pressing style Rodgers prefers, and does it well.

However, the 20-year-old is not an out and out forward at this stage of his career, and should not be treated as a long term option. Liverpool miss his bursting runs from midfield and down the flanks, and defenders will quickly learn to bully him and mark him out of games.

Sterling is too lightweight to play the position consistently, especially in a league as competitive as the Premier League. Elsewhere in Europe, a player of his stature could succeed without question, but the physicality of the players around him will quickly cause him problems.

Nonetheless, the player himself, is open to playing in a more central forward position. He said: “The most important thing is for the team to win and I’m happy to be involved, in and amongst the goals, but as long as the team wins I’m happy.”

And while Sterling remains undecided on his future amidst negotiations over a new contract, there is no debating the fact that Liverpool simply must keep hold of him. His happiness should be of utmost concern while Rodgers aims to tie down the starlet’s long term future.

Be it as a striker, a winger, or at the head of a diamond midfield, Sterling is the best prospect to emerge from Liverpool’s academy in years, and he needs to be protected.

With Suarez and Sturridge out of the picture, he is the best the Reds have to offer, and he will need to be at his best to help Rodgers turn around Liverpool’s current fortunes. A striker? No. A star? Absolutely.