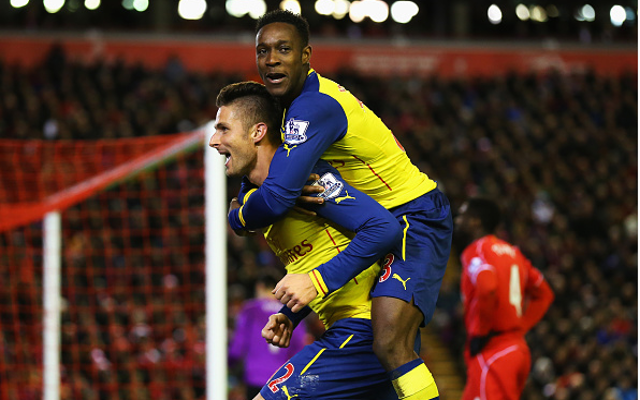 Honours even after eventful Anfield clash, superb Santi Cazorla and Olivier Giroud interplay one of the highlights of the encounter.

Arsenal looked set to pick up their fourth win in five Premier League fixtures before Martin Skrtel headed in a late late leveler.

Liverpool were in the ascendancy and took the lead late in the first half with Philippe Coutinho firing home though Arsene Wenger will wonder why none of his back-line put in a strong enough challenge on the Brazilian.

Fortunately Arsenal equalized instantly when the north London side took advantage of some equally poor defending with Mathieu Debuchy heading in at the far post just before the break.

The second half was a far more interesting spectacle than the first and Olivier Giroud cracked home Arsenal’s second after superb work from Santi Cazorla.

Fabio Borini was sent off late on for a second yellow before Martin Skrtel buried a header deep into injury time.