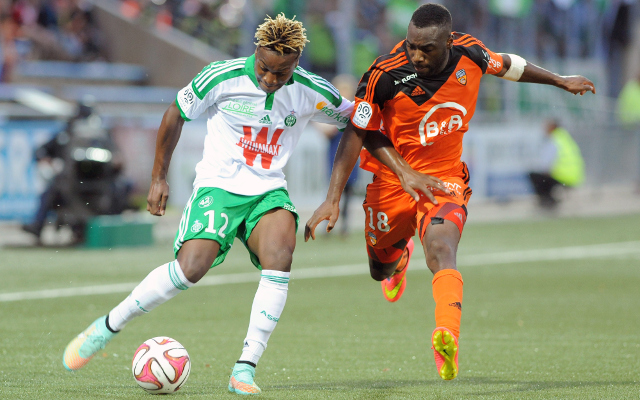 The Premier League pair are will be competing against each other…

Arsenal and Chelsea are set to do battle over the signature of French youngster Allan Saint-Maximin, according to Le 10 Sport.

The 17-year-old plays for Saint-Etienne and has been playing well for the Ligue 1 side while they have managed to rise to fourth in the division. He mostly plays as an attacking midfielder, and has been tipped to have a big future after impressing at such a young age.

The Blues may hold a slight advantage over the Gunners in the chase for Saint-Maximin as they already have a relationship with his club after signing Kurt Zouma from there last January.

However, even with this their North London rivals will have a chance of getting the youngster’s signature.

Any move for the player may have to wait until the summer though, with St Etienne having a great season in France and unlikely to entertain any bids for one of their key players.