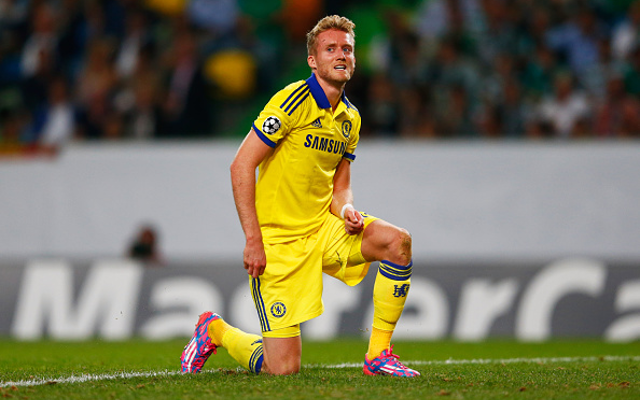 Chelsea star Andre Schurrle has ruled out leaving the club and wants to fight for his place in the team, reports the Daily Mail.

The German has struggled to get in to the starting XI this season, with manager Jose Mourinho also complaining about his inconsistency at one point. Fellow winger Willian has for the most part taken his place in the first team so far.

Injury and illness has not helped the World Cup winner in his efforts to get back starting for the Stamford Bridge outfit. He has been out of action for long periods due to both. His lack of appearances for the Blues had led to the winger being linked to a move to Premier League rivals Liverpool as well as Bundesliga giants Borussia Dortmund.

“The last few weeks I have been able to intensively train and fight myself back into the team,” he said in his online blog on Monday. “Things are getting better. Nevertheless, in a phase with less operating time, transfer rumours are always coming up. Of course I want to be on the pitch as much as possible and score goals for my club.”

“In a team like Chelsea, with many top players, you have to prove yourself again and again… but this is not an issue for me. I feel comfortable here and would not think of such a thing,” he added.

The 24-year-old might get a chance over the busy festive period as the London team attempt to come out at the other end still at the top of the Premier League.