Jesus was at Anfield on Sunday, showing his support to Liverpool boss Brendan Rodgers during the 2-2 draw with Arsenal…

Brendan Rodgers’ stock at Anfield may have taken a nosedive this season, but it seems he still has the support of those that matter, reports the Express.

With Liverpool struggling this season, Rodgers is under serious pressure to produce results. With the Merseyside manager seeing his side dumped unceremoniously out of the Champions League, he must now focus his full attention on the Premier League.

He clearly has the support of the fans however, and one fan even dressed as Jesus to show his faith in the Northern Irishman. 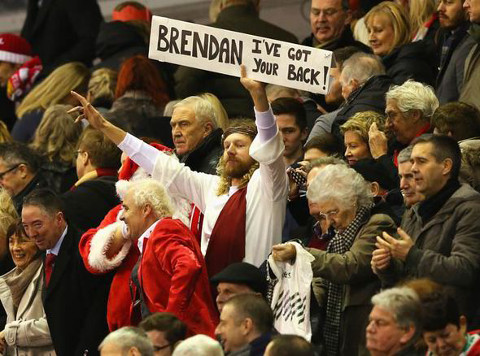 He was present for the 2-2 draw with Arsenal on Sunday, with a sign which read, “Brendan I’ve got your back!” 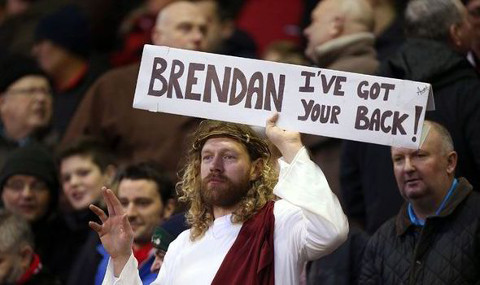 The Gunners were hoping to avenge the morale sapping 5-1 loss they suffered at Anfield last season, while the home side were looking to get their campaign back on track with a win.

Neither side got their wish however, with the North Londoners taking the lead against the run of play, only to see Martin Skrtel equalise deep into added time.