The young forward has been in great form for the North London side this season, managing to gain himself a first team spot ahead of seasoned professionals such as the man whose goal tally he now nearly surpassed.

Check out the image below, should Kane be called up for the next England squad? 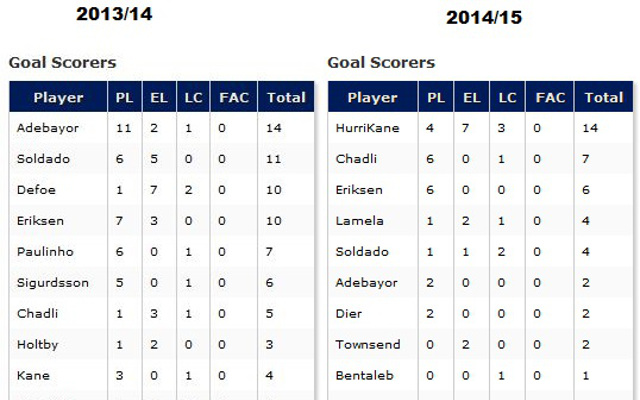