During the busy Christmas period having a large squad can make or break a season in the Premier League and therefore injuries are obviously particularly unwanted at this time of year.

Some sides have been blighted more than others with fitness issues this season and the Telegraph has constructed a report to determine which clubs have struggled the most so far in 2014/15.

It makes for interesting reading and brings some teams’ training methods under serious scrutiny. Here is the injury league table. 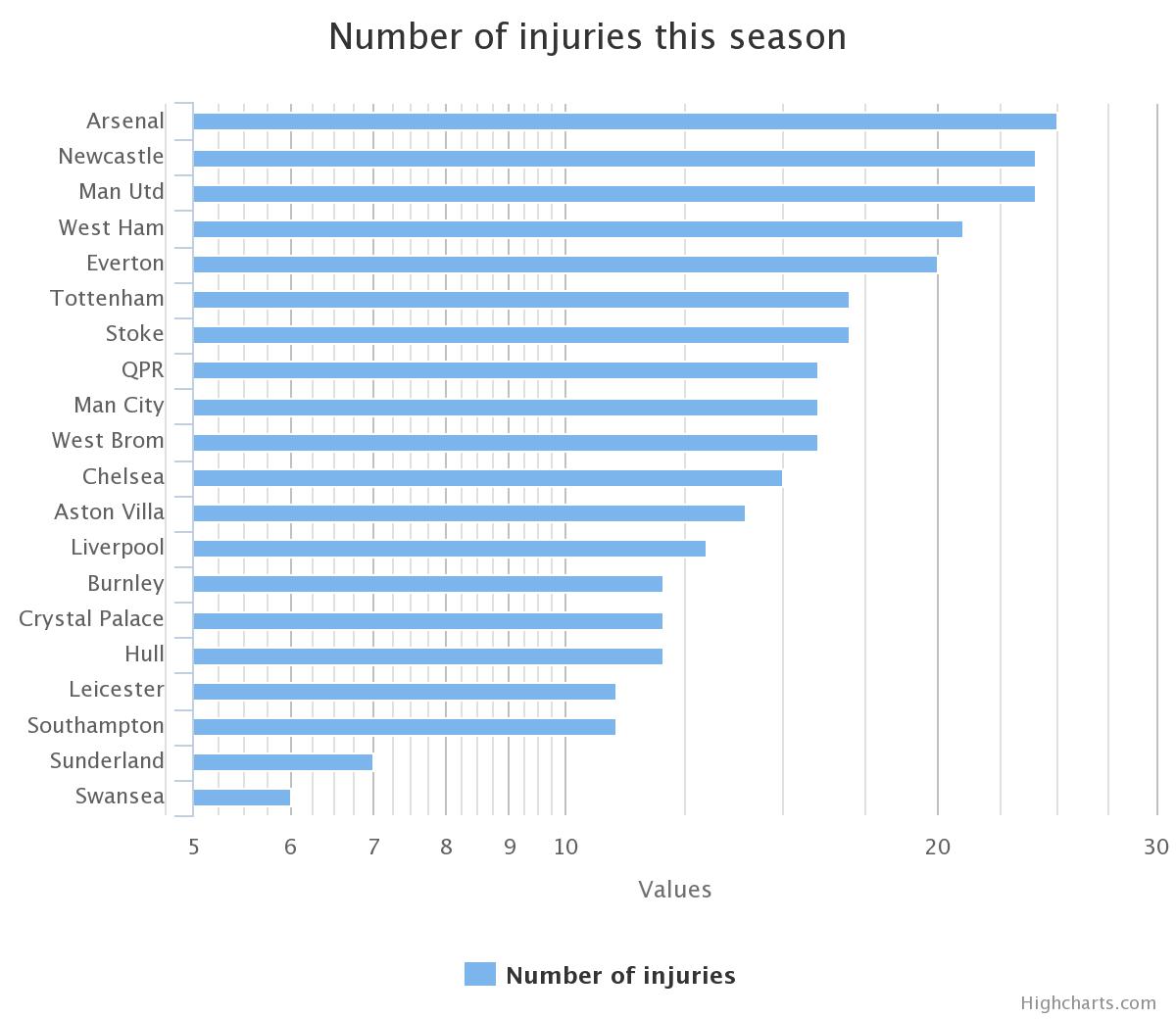