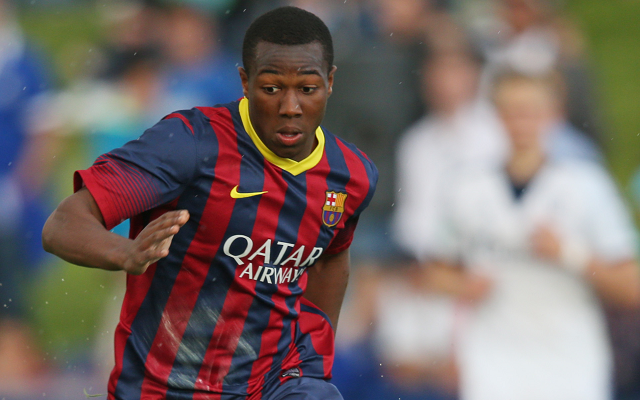 The Toffees could pip their neighbours…

Liverpool are set to be beaten to the loan signing of Barcelona youngster Adama Traore by local rivals Everton, according to the Metro.

However, the reports seem to originate from fichajes.net, a website not renowned for its reliability on predicting transfers. So whether the move goes ahead is a whole other matter.

The logic behind the reports is that fellow Barca starlet Gerard Deulofeu had a successful loan period at the Toffees last season, and so the Catalan club would be more than happy to send another youngster to Goodison Park to get first team football before he is ready for their main squad.

This relationship would leave the Reds out of the picture for the signing of the winger, meaning that manager Brendan Rodgers would have to look elsewhere for options to reinforce his front line.

Traore is a fast and skillful winger who has two goals and eight assists for Barcelona ‘B’ so far this campaign. He has the potential to be a great signing for either Merseyside club.