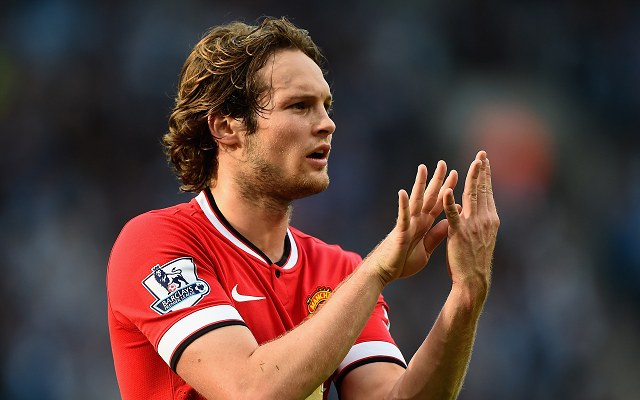 The former Ajax player is back in boots…

Midfielder Daley Blind has returned to training with Manchester United, the midfielder himself confirmed by posting this image on his Twitter:

The Dutchman has been out of action since November after picking up a knee ligament injury while on international duty.

It was feared at the time that the 24-year-old could be out until February or March, but the speedy return he has made to training will raise hopes that he will be back in the team by the end of January.

Blind was one of Man United’s best players before his injury, and Louis Van Gaal will be keen to get his £14m signing back in the side as soon as possible.

It will be interesting to see how Van Gaal sets up with Blind back. Michael Carrick has excelled playing in the role that the former Ajax man had filled, and the team may need another reshuffle when they are both fit.