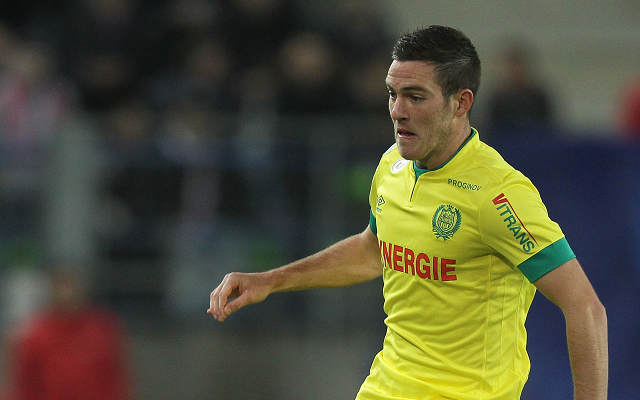 Nantes midfielder Jordan Veretout has emerged as a transfer target for Arsenal, who are considering a January bid for the France Under-21 international, according to the Mirror.

Veretout’s current contract at the Stade de la Beaujoire expires in 2017 and the youngster has a release clause of £4m – which the Gunners are considering activating.

Manager Arsene Wenger is looking to sign reinforcements in the New Year, with defence considered to be the priority after the Frenchman admitted his back line lacked leadership.

Whilst a centre-back is thought to be on the wishlist, a defensive midfielder would also be a useful addition and Veretout’s preferred position is sitting in front of the back four – although the 21-year-old can operate further forward as well.

Despite his relatively young age the midfield ace has been in the Nantes first team for over three years and to date has played 120 times for the Ligue 1 side in all competitions.

This term Veretout seems to have found his scoring boots as well with six goals in 18 league matches in the French top tier and on the face of it the starlet looks like the typical Wenger signing.

The North Londoners will face competition from Inter Milan and several unnamed Spanish sides for his signature though.