The Blues have only lost once so far in the competition…

This season Chelsea have stormed to the top of the Premier League, and don’t yet look like being knocked off their perch.

However, as it can be seen, the teams at the top at Christmas has actually not gone on to win the title more times then they have. So, do Jose Mourinho’s side have something to worry about, especially with Manchester City putting the pressure on? 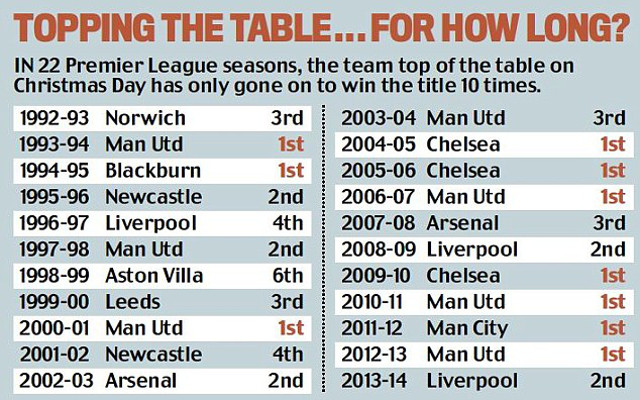