The story made the font page this morning… 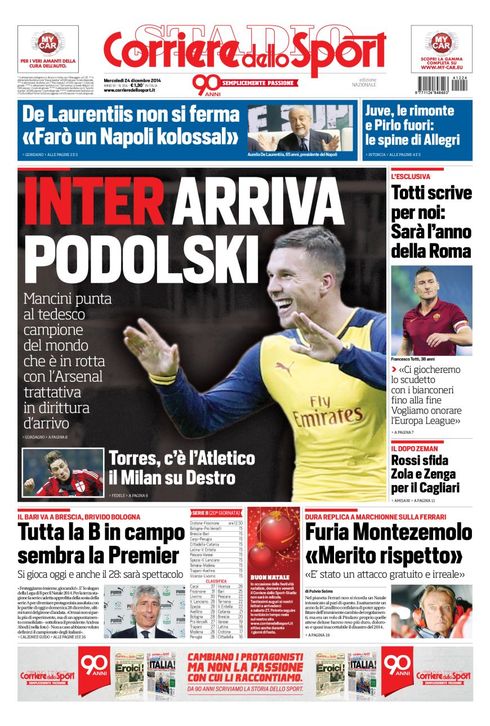 The 29-year-old has largely struggled for game time this season at the Emirates, due to the blockbuster summer arrival of Alexis Sanchez, who’s regularly been used in his favoured position on the left of a front three.

Podolski has actually been lethal when called upon in Europe, notching three goals in the Champions League Group Stages from one start and four substitute appearances.

In the Premier League though, he’s not been given a single start, and he naturally wants to leave the club for pastures new as a result.

Inter boss Roberto Mancini is known to rate him highly, and would happily sign him either on loan of permanently.