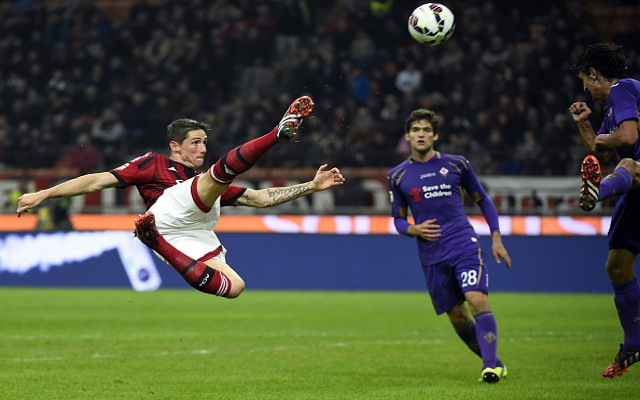 Liverpool are reportedly lining up an opening bid for Chelsea flop Fernando Torres according to the Daily Star.

The 30 year old is seemingly surplus to requirements at Chelsea and there is talk that his loan move to AC Milan could be canceled, leaving a path clear for a permanent Stamford Bridge exit.

Torres left Liverpool for west London in 2011, costing the Blues a then British record fee of £50m, but the Spaniard steadfastly failed to deliver the goods and it appears that Jose Mourinho is ready to offload the experienced marksman on a permanent basis.

Liverpool are readying a £10m bid for Torres and it may well be an offer Chelsea accept given the circumstances.

Anfield boss Brendan Rodgers has seen summer signings Rickie Lambert and Mario Balotelli both fail to make an impact and the long running injury suffered by Daniel Sturridge has merely added to the club’s attacking woes, though a move for Torres may not be the answer to their problems.

Torres experienced the best form of his career during his time on Merseyside, racking up 81 goals in 142 appearances during his time at Liverpool and a move back could help re-ignite his ailing career.