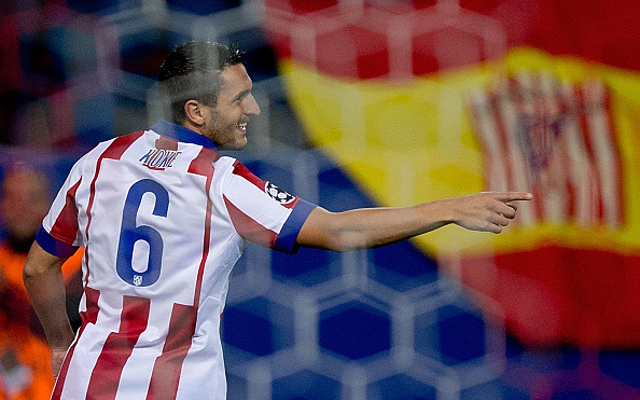 Blues step up efforts to sign £47m star this winter.

Chelsea are ready to step up their interest in signing £47m-rated Atletico Madrid playmaker Koke in the January transfer window, according to the Daily Star.

The Blues signed both Diego Costa and Filipe Luis from the Spanish champions in the summer, and are now looking to raid Diego Simeone’s side again to bring in this top class creative midfielder.

Koke’s superb form in La Liga has also seen him attract strong interest from Manchester United and Manchester City, though he has previously been quoted as saying he has no plans to leave Atletico anytime soon.

Still, Chelsea are known for their financial power and may be able to persuade Atletico to sell their star player, with £47m possibly enough to force him to move from the Vicente Calderon.

The 22-year-old would be another superb addition to a midfield already containing the in-form pairing of Nemanja Matic and Cesc Fabregas this season.