Ex-Italian international appears to be on a sexy lady’s hit list.

Since his retirement from the game, former Inter Milan striker Christian Vieri has been making a few acquaintances in Miami, and on Christmas Day he gave his followers a racy eyeful of one of them.

On Christmas Eve Vieri got a very revealed message from a female admirer, Liz Harris, who was also on her way to the States, and Vieri opted to retweet the x-rated image to his 360,000 Twitter followers.

You can check out the image below. 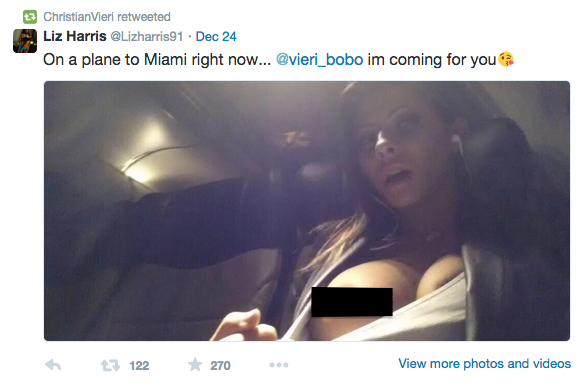