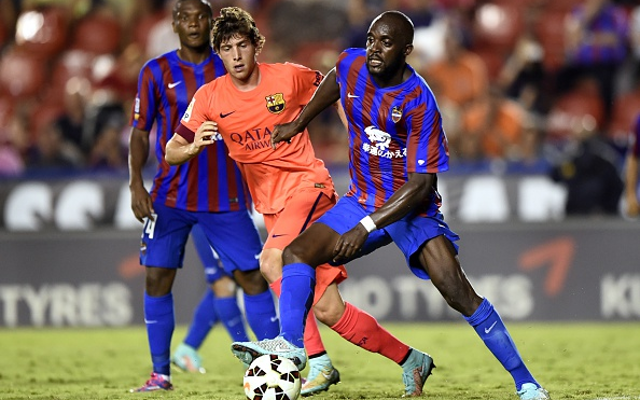 Potters to pick up Barca starlet in swift deal.

Stoke City could be set to make their first signing of the January transfer window a big one after it was revealed that Barcelona’s Sergi Roberto has flown in for talks, according to the Daily Mirror.

The Spaniard was once considered the heir to Xavi, but has since been overtaken in the pecking order by new signings Ivan Rakitic and Sergi Samper.

And now the 22-year-old has apparently told the club that he wants to leave in the new year to seek first team football elsewhere.

With former Barca graduates Marc Muniesa and Bojan already at the Britannia, they would be able to tempt Roberto to Staffordshire providing his wage demands aren’t too high.

Bojan has already endeared himself to the Stoke faithful since joining over the summer, with a handful of impressive displays being capped off with three goals so far this season.