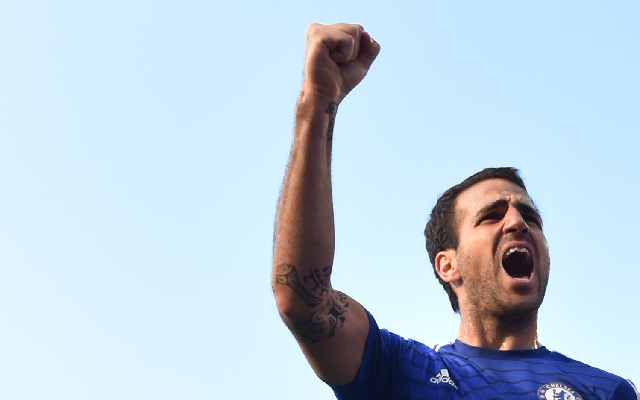 “This is Fabregas football”, says Chelsea boss Jose Mourinho. The Blues boss praising his side after their 2-0 win over West Ham at Stamford Bridge…

The Portuguese manager was full of praise for his side after the game, and praised the fantastic combination of team cohesion and individual quality.

He particularly highlighted Willian, Eden Hazard, Oscar, and summer signing Cesc Fabregas; believing that they are all instrumental to the style he demands from the Blues.

Former Arsenal man Fabregas has become a key player for Chelsea since his move from Barcelona, pulling the strings from midfield and currently leading the Premier League assists chart.

He also has the most passes and the most touches in the league this season, proving just how important he is for his new side.

Mourinho looked certain to guide Chelsea to another league title earlier in the season, and while Manchester City have significantly closed the gap in recent weeks, the London club still remain top.