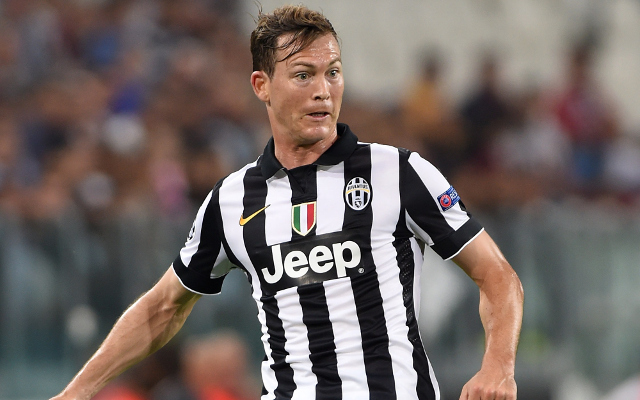 Arsenal may fail to sign Serie A defender Stephan Lichtsteinter, with Manchester United leading the chase for his signature, reports the Express.

Arsene Wenger has been keeping tabs on the Swiss international, and the Juventus star entering the final six months of his contract the Frenchman was hoping to pick him up cheaply. Talks between the player and his club have broken down, meaning an extension is unlikely.

It seems the Italian giants are going to hold on to the right-back however, even if that means losing him for free next summer.

Chelsea and Arsenal have both been keeping tabs on Lichtsteiner, but it seems a move to Old Trafford is the most likely scenario.

Louis van Gaal is reportedly looking for a new right-sided wing-back, with Antonio Valencia and Rafael not up to his standards.

The Dutchman is also thought to be interested in Fiorentina’s Juan Cuadrado, but Lichtsteiner would prove a far cheaper option.