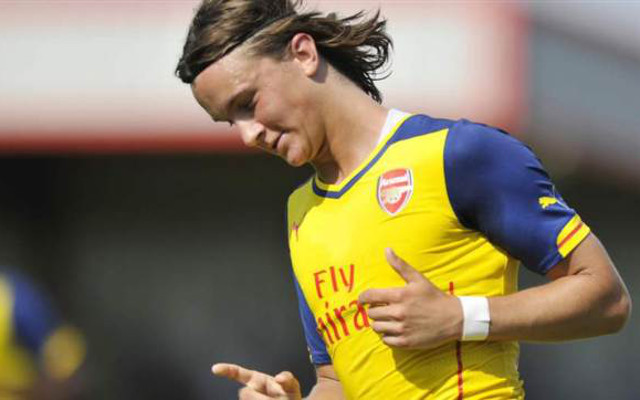 Arsenal’s young midfielder Kristoffer Olsson has secured a permanent move to Danish side FC Midtjylland, after spending most of the season there on loan.

The talented young Swede has signed a three and a half year deal with the club, and is looking to really get his career off the ground.

Article for you: Kristoffer Olsson signs for FC Midtjylland http://t.co/azfmKiRnLr#arsenal#gooners

A technically gifted midfielder, Olsson recently made his senior debut for the Swedish national side. The 19-year-old has plenty of potential, but looked unlikely to reach it if he remained with Arsenal.

With a host of players ahead of him in the pecking order, he was unlikely to see regular game time with the Gunners. He was a key part of the North London club’s youth set up for years, but despite making the step up to the first team last season, he has been unable to secure  consistent action.

Arsene Wenger has a huge number of young talented midfielders at his disposal, so made no secret of the fact that Olsson would be allowed to leave if the right offer came along.