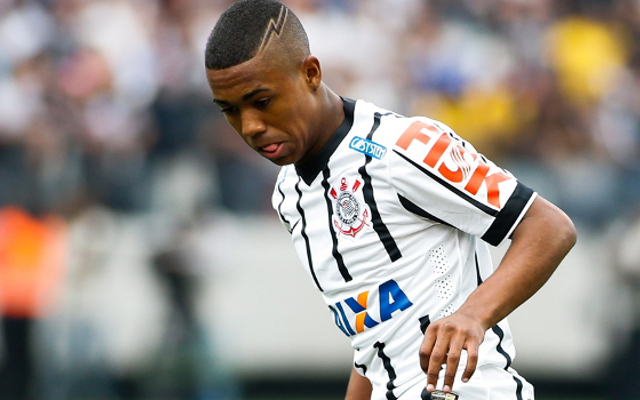 Chelsea are beating a host of major European clubs in the battle to lure Brazilian teenager Malcom Silva from Brasileiro giants Corinthians, report the Daily Star, with the 17 year-old forward having emerged as one of the most exciting players produced by the Samba nation in some time, with more than 20 appearances with his club already to Malcom’s name.

Malcom has been likened to current Barcelona sensation Neymar on account of his exciting performances in Brazilian domestic football, and the La Liga club are amongst the major continental giants linked with Malcom by the report – although Chelsea’s Premier League rivals Arsenal and Manchester United are also believed to be interested.

Corinthians are well aware of the huge potential and hype surrounding the teenager, however, and the report suggests that they are valuing Malcom at around £20 million, a fee that will make him one of the most expensive young footballers in history.

With a first team squad that looks set for the next couple of years under Jose Mourinho and with everything going to plan for the Blues, however, they can perhaps justify a more outlandish transfer outlay on a teenage prospect as they look to build for the future.