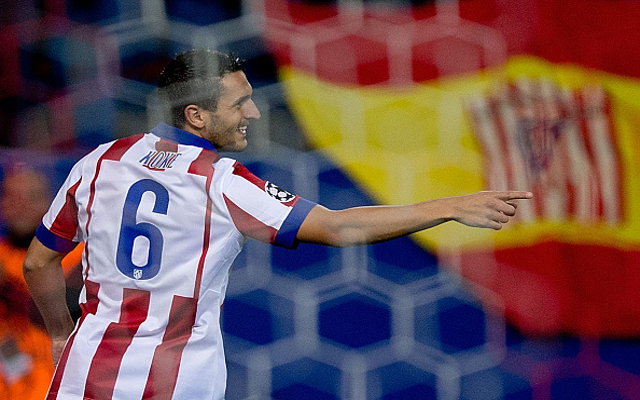 Chelsea are reportedly ready to stump up the the £48m required to trigger Atletico Madrid midfielder Koke’s release clause according to the Daily Express.

The 22 year old played a key role in helping his Vicente Calderon side to secure a surprise La Liga title last term but may perhaps be ready to consider a move to Stamford Bridge having seen his former team-mates Diego Costa and Filipe Luis making the same move over the summer.

Koke is rightly considered one of the hottest prospects in European football though one would have to wonder quite where Jose Mourinho would go about fitting the Spaniard into his current Chelsea line-up.

Given his age Mourinho may see the La Liga star as a long term investment though Koke may well demand some assurance of regular action if he were to consider a move to the west London side.