The Sky Sports pundit resisted the hesitation to include himself.

Here’s the rundown of the iconic defender’s chosen side as reported in Daily Mail:

292 appearances for Manchester United and 15 honours whilst goalkeeping for Sir Alex Ferguson’s side. Schmeichel was key to United’s immense success of the 90s and instrumental to their treble win in 1999. 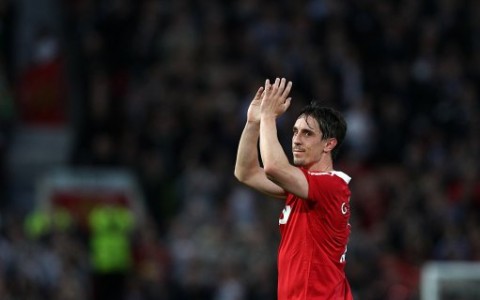 Maybe it’s the fact that he’s currently colleagues with Neville that tipped it for Carragher but Neville makes the side at right-back.

Neville might not have been the most glamorous or celebrated player but like Schmeichel before him was a key part of the United machine, finding the likes of Andy Cole and Ruud van Nistelrooy a ludicrous amount of times with a cross.