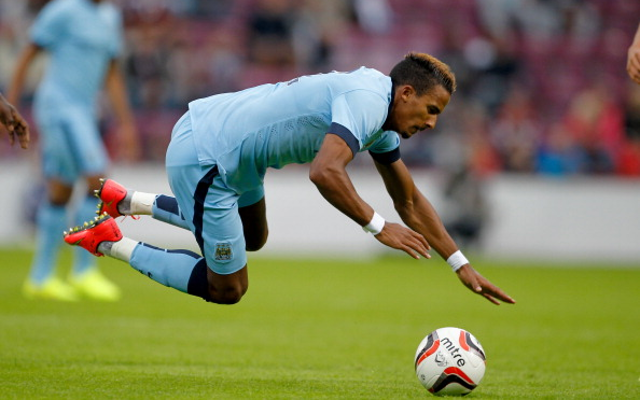 Queens Park Rangers continued to be embroiled in a relegation battle this season, with the fact that Harry Redknapp’s side are yet to pick up a single point away from home this season meaning that they are unable to pull away from trouble, and Rangers are set to look to remedy this in January with the signing of Scott Sinclair from Manchester City according to the Mirror.

Sinclair featured as a substitute for City in their 3-0 victory over struggling Crystal Palace at the Etihad Stadium last weekend, but that was a rare glimpse of a player who, in the sky blue shirt of City, has stagnated after a fine first season in the Premier League at Swansea City under Brendan Rodgers.

The former Chelsea trainee was one of the Swans’ most impressive players in their maiden Premier League campaign, but he has rarely been given the chance to show that form in a City shirt and seems to be well on his way to an exit from the club.

The report suggests that Redknapp is keen on bringing Sinclair to Loftus Road in January to add some pace and thrust to his Rangers side, although it is not yet clear whether any deal to bring Sinclair to West London would be a permanent one or a loan move.