Arsene Wenger is a huge admirer of Juventus star Paul Pogba, and will be hoping that Arsenal legend Robert Pires was whispering a few words in the youngster’s ear about making the switch to the Emirates.

The French duo were snapped together on Sunday morning, with the Serie A midfielder enjoying the Italian winter break. 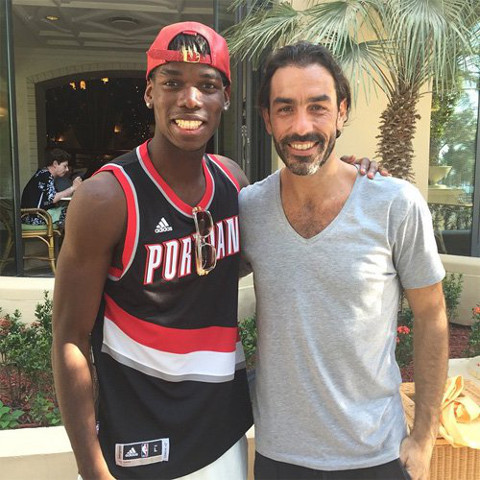 The 21-year-old former Manchester United star has been heavily linked with a £40m exit from Juventus, with Arsenal keen to bring him back to the Premier League. Louis van Gaal is also thought to be looking at the talented midfielder, with an Old Trafford return a definite possibility.

Pogba has come on leaps and bounds since his Serie A switch, and has grown into a complete midfielder. He is a dominant force in the middle of the park, but also chips in regularly with goals and assists. He would unquestionably improve Arsenal and Manchester United if a January transfer were to go through, with both teams severely lacking in midfield at the moment.