Barcelona have released a controversial new kit for the 2016/17 season, one which is sure to draw a huge reaction from the fans.

The La Liga giants have recently been chastised by their fans for selling out. With the Nou Camp faithful believing that the shirts from current sponsor Nike do not represent the club’s traditions. 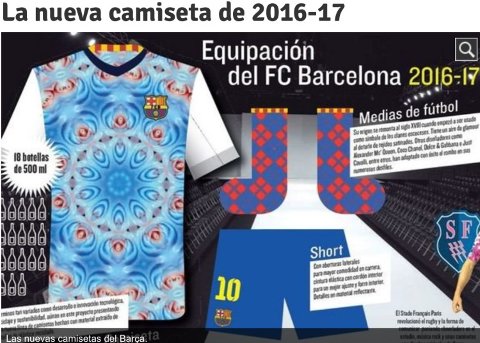 Fans don’t need to worry too much however, as this isn’t actually the kit the Barcelona stars will be trotting out in next year.