Liverpool’s Steven Gerrard had the most last time round…

The veteran managed to create 13 goals in the last campaign, with his free kicks especially effective throughout. However, with only 18 matches played so far the former Arsenal man has already made the same amount.

CHeck out the stat below, how many do you think the Spaniard could get by the end of the campaign? 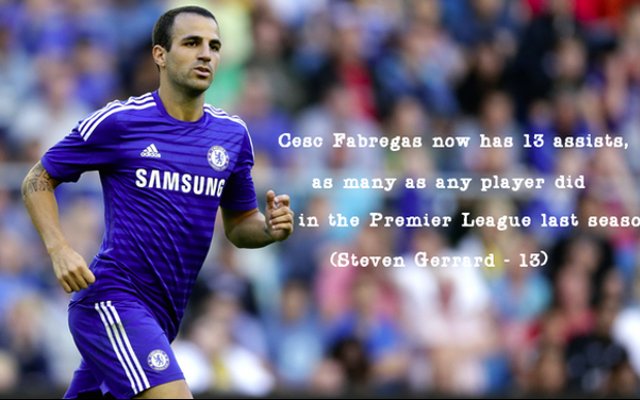