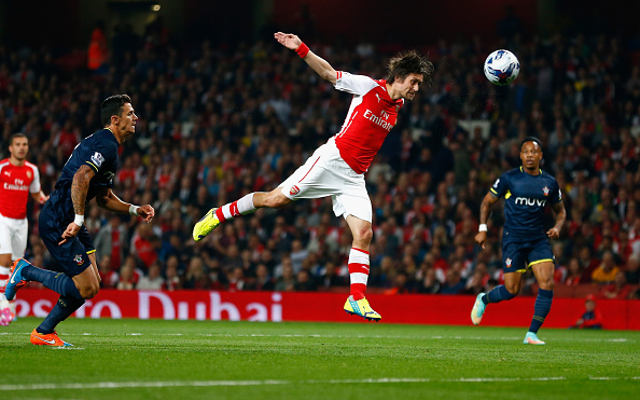 Emirates Stadium midfielder may be keen on fresh challenge.

Greek giants Olympiakoas are keen on acquiring the services of Arsenal veteran Tomas Rosicky according to the Sunday Mirror.

The 34 year old Czech Republic clinched his first Premier League start on Boxing Day, scoring a goal in the process, and is frustrated at his lack of action and could be tempted by a fresh challenge.

Olympiakos are ready to offer £2m for the former Borussia Dortmund man but Arsene Wenger may resist a January sale as it could leave him further short of options having already seen his squad severely tested due to a hefty number of injuries this term.

Arsenal signed Rosicky in the summer of 2006 and has become something of a fan favourite but has arguably failed to deliver on his obvious potential.

Rosicky has made 230 appearances for the north London side, netting 26 goals in the process.