Tottenham Hotspur go in search of a fifth consecutive win on Sunday when Manchester United travel to White Hart Lane.

Although Tottenham’s last outing – a 2-1 victory at Leicester City – was just two days ago on December 26, head coach Mauricio Pochettino is not expected to make too many changes to his starting XI.

Here’s how we think Spurs will lineup against Louis van Gaal’s Red Devils:

Lloris was the man of the match against Leicester. The Frenchman was hurt in a clash with Jamie Vardy late on in that match, but he will be fit to start.

Since returning from a nine-month injury lay-off, Walker has not missed a minute of Tottenham’s last three Premier League games.

Left-back is one of the few areas in which Pochettino can rotate his squad with very little disruption. Rose played at Leicester, so Davies may well face United.

These two have started Tottenham’s last seven Premier League games and, although they are far from rock solid, they are the best pairing available to Pochettino. 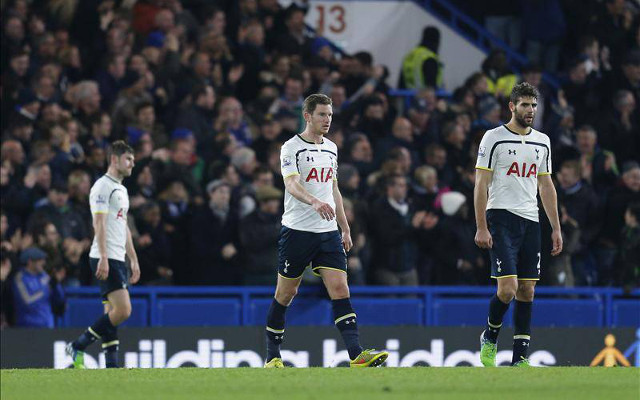