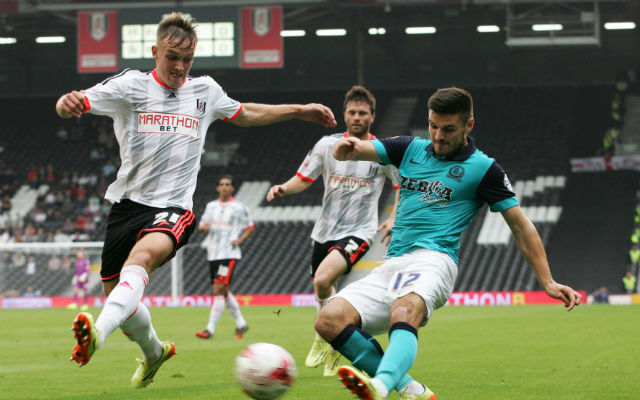 Aston Villa are said to be weighing up a January raid for Fulham midfielder Lasse Vigen Christensen as they step up their search for a replacement for Fabian Delph, the Daily Mirror reports.

The 20-year-old Dane has been in impressive form for the Craven Cottage club this season and is seen by Lambert as a potential replacement for Fabian Delph.

Delph was dismissed during Sunday’s clash with Sunderland for a late challenge of Jordi Gomez, and has been the subject of some intense speculation as Liverpool and Tottenham both hover.

Christiansen is also a long time target of fellow Premier League strugglers QPR, who have been scouting him extensively. However, the Dane is under contract at Craven Cottage until 2017 and Fulham boss Kit Symons has sought to warn off any potential suitors.

That would mean that Villa would have to eat into the majority of their transfer budget by making a £5m offer.

Villa are also hopeful of keeping hold of Delph by tying him down to a new contract.