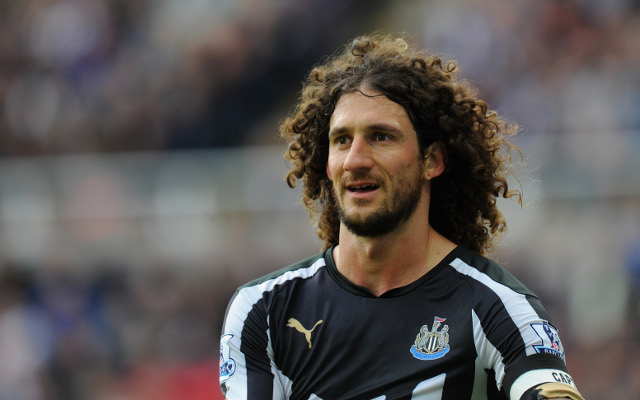 Magpies set to appoint Fabricio Coloccini as the successor to Alan Pardew.

Newcastle United owner Mike Ashley is set to make the surprising choice of turning to current Magpies central defender Fabricio Coloccini as the successor to Alan Pardew in the St. James’ Park managerial chair, report the Independent, with Pardew looking set to become the replacement for the sacked Neil Warnock as manager at Crystal Palace.

Pardew has become the odds on favourite to replace Warnock at Selhurst Park as the two clubs have entered discussions over a potential compensation fee for Newcastle’s long serving manager – but Coloccini would be a surprising man for Ashley to turn to to fill the managerial berth in the North Ease.

Despite being well liked by both the players and supporters on Tyneside, Coloccini has no managerial or coaching experience to fall back on, and would perhaps be reminiscent of the ill fated decision to hand the job to Alan Shearer, leading to relegation to the Championship.

Coloccini joined Newcastle in a £10.3m deal from La Liga outfit Deportivo la Coruna under Kevin Keegan in 2008, and has become one of the icons of the club in that time, as a long serving central defender and captain who is vital to any success that Newcastle have enjoyed during that time.