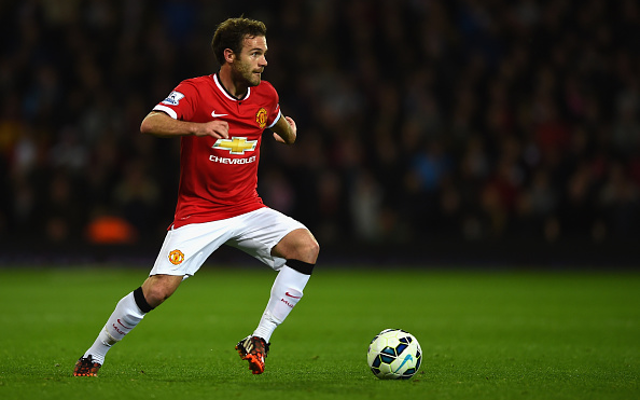 Manchester United star Juan Mata is happy with how his first year at the club has ended, reports the Mirror.

The Red Devils finished the calendar with a run of nine game unbeaten, which has led to talk in some quarters that they will join the race for the Premier League title. This is very different to when the Spaniard joined last January, when the side were struggling under former manager David Moyes.

The Mancunian club have since been taken over by Louis van Gaal, and the Dutchman’s tenure has also seen a further increase in the amount spent on transfers. Their fortunes have improved since both of theses aspects came together in the summer.

Now in third the Old Trafford based side can look forward to far more successful 2015, and potentially re-joining the Champions League if they manage to stay in the top four until the end of the season.

Despite a disappointing draw with Spurs on Sunday, Mata said, “”It’s a good end to the year with a good run of results. It has been a long time since we lost the last game, so we have to keep going and we have to keep playing the way we played in the first half. I think it was great football. We always try to get results.”