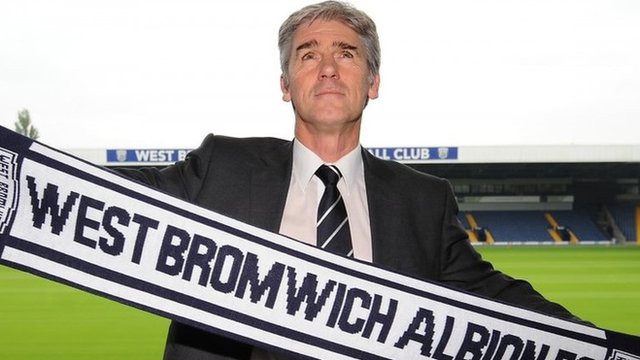 Club are on the edge of the Premier League relegation zone.

The Premier League managerial merry-go-round is now very much in full swing, with West Bromwich Albion having chosen to sack manager Alan Irvine following yesterday’s local derby defeat at Stoke City, according to reports from local newspaper the Express and Star.

Irvine emerged as the shock candidate to replace Spaniard Pepe Mel at The Hawthorns this summer, despite the fact that his previous managerial jobs with Preston North End and Sheffield Wednesday in the Championship had been less than successful, but fans have never taken to the Scot and he was roundly jeered during recent defeats against Manchester City and the Potters.

Allowed to break the club’s transfer record to sign Nigerian striker Brown Ideye, Irvine has been unable to lead Albion to form more impressive than their dismal run under Mel at the back end of last season, and the next appointment for the Baggies is likely to be crucial to their hopes of survival in the Premier League.

Chairman Jeremy Peace has made a point of being quick to wield the axe if things are going badly, with former manager Steve Clarke in particular deemed to have been harshly sacked in favour of Mel during the opening months of last season.