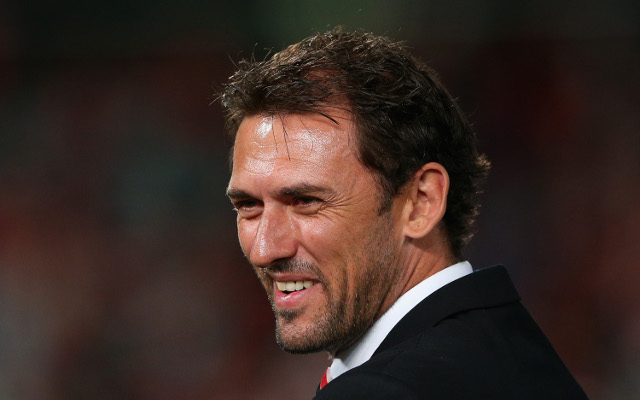 Tony Popovic has been linked to the vacant Crystal Palace job…

Western Sydney Wanderers boss Tony Popovic has refused to comment on speculation linking him to the vacant Crystal Palace job.

Neil Warnock became the first Premier League manager to be sacked this season over the weekend, and Popovic is believed to be a strong contender for the role.

However the Asian Champions League winning manager wouldn’t give anything away following his side’s 1-0 A-League loss to the Wellington Phoenix.

“I’m not here to speak about any speculation, but if you’ve got questions on the game I’m more than happy to answer them,” Popovic said.

Popovic has a strong history with Crystal Palace having played for them for five seasons between 2001 and 2006, before becoming assistant manager under Dougie Freedman in 2011.

It is believed Palace are keen to appoint a replacement before the January transfer window, with former Tottenham boss Tim Sherwood and ex-Norwich City manager Chris Hughton all in the running for the job.

It is also understood that former Palace manager Tony Pulis is also in the running for a shock return.

Popovic has guided the Wanderers to two A-League grand finals and an Asian Champions League title since taking the job in 2012.