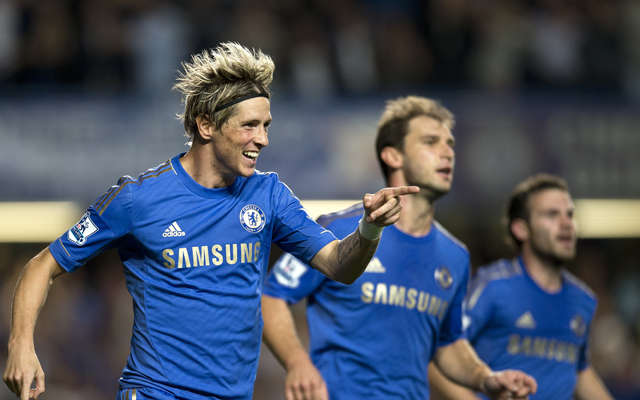 Fernando Torres might have left Chelsea a flop, but the legacy of his time with the Blues should be remembered for more…

So Chelsea fans, it’s finally over! No longer will you have to suffer jibes about the goalscoring form of your record signing, £50m flop Fernando Torres, who in almost four years was unable to rediscover the scintillating form that once lit up Anfield.

On Monday morning the striker agreed to return to former club Atletico Madrid on loan, shortly after completing his permanent switch from the Blues to AC Milan, with whom he has spent the first-half of this season.

But while Torres will be remembered in many parts as one of the biggest flops in Premier League history, the reality is that he offered a lot more to the Stamford Bridge club than meets the eye, and should be remembered fondly in West London.

Indeed, the vast majority of Chelsea fans have stood firmly behind the Spaniard, despite his struggles, and the club’s official website were not alone in thanking the player for his efforts in a huge transitional period for the Blues.

Torres arrived at Chelsea in a season when the club went without a trophy, and begun a tumultuous run of manager departures – including Carlo Ancelotti, Andre Villas-Boas, Roberto Di Matteo and Rafael Benitez.

But despite the back-room turmoil, Torres made good on his claim that he was moving to Chelsea to win trophies – helping the club lift the Champions League for the first time, as well as the Europa League and the FA Cup.

Memorable highlights included his Champions League semi-final breakaway against Barcelona at the Nou Camp and the goal that helped beat Benfica to lift a second European trophy a year later.

While his goal record was unspectacular for someone of his price tag, he struck 22 goals in the 2012-13 campaign, with his strikes spread over a club record seven competitions.

His spell at Stamford Bridge also had important off the field implications. Benitez, his former coach at Liverpool, was recruited on an interim basis in early 2013, and led the Blues back into the top four – having finished sixth the previous season – as well as European success.

Jose Mourinho then returned last year, as Chelsea owner Roman Abramovich again attempted to get the best out of his record signing. Would any other cause have prompted the Russian to put his differences with the Special One aside? Perhaps, but Torres did play a role in both arrivals.

The early impact of his arrival was a huge statement of intent from Abramovich, who not only got one over on a Liverpool side that would proceed to struggle for several years without their main man, arguably up until before last season’s success, but it also signalled their intention to remain a European superpower.

The negative implications of the deal, such as the price and wages, will have been somewhat offset by the player’s huge number of shirt sales and sponsorship deals, while it has also caused Abramovich to take more of a back seat over transfer targets.

Mourinho has been allowed to pursue his own players, and the arrivals of Nemanja Matic, Cesc Fabregas and Diego Costa in 2014 have completed their transformation from a side dithering – at least on a domestic front – to the best in the country across all competitions.

Torres’ sparse tally of 45 goals in 172 games will not live long in the memory of many football fans, but the impact he has had on Chelsea as a club should set them up for success for years to come.