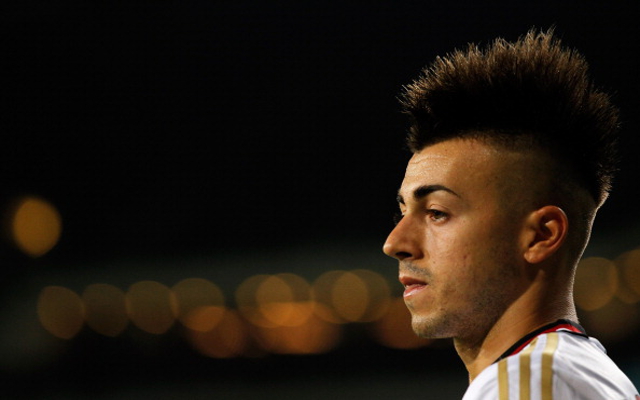 Premier League duo to battle it out for discount hit man.

Liverpool and Manchester United are set to go head-to-head for the signature of AC Milan striker Stephan El Shaarawy in January as the Italians prepare to raise funds for a massive squad overhaul, the Metro reports.

The 22-year-old is believed to be surplus to requirements at the San Siro, as Milan look to raise funds for a squad overhaul.

On Tuesday, reports surfaced claiming that Milan would sell El Shaarawy for just £11.5m with Liverpool, United and Arsenal all said to be interested suitors.

The player’s agent, Manuel El Shaarawy, recently said that it would take a big fee to prize him from the San Siro, but his form so far this season has seen that number drop dramatically.

So far the Italian international has only bagged himself one goal in 13 appearances, and could be on his way as Filippo Inzaghi looks to bring in some fresh faces of his own.